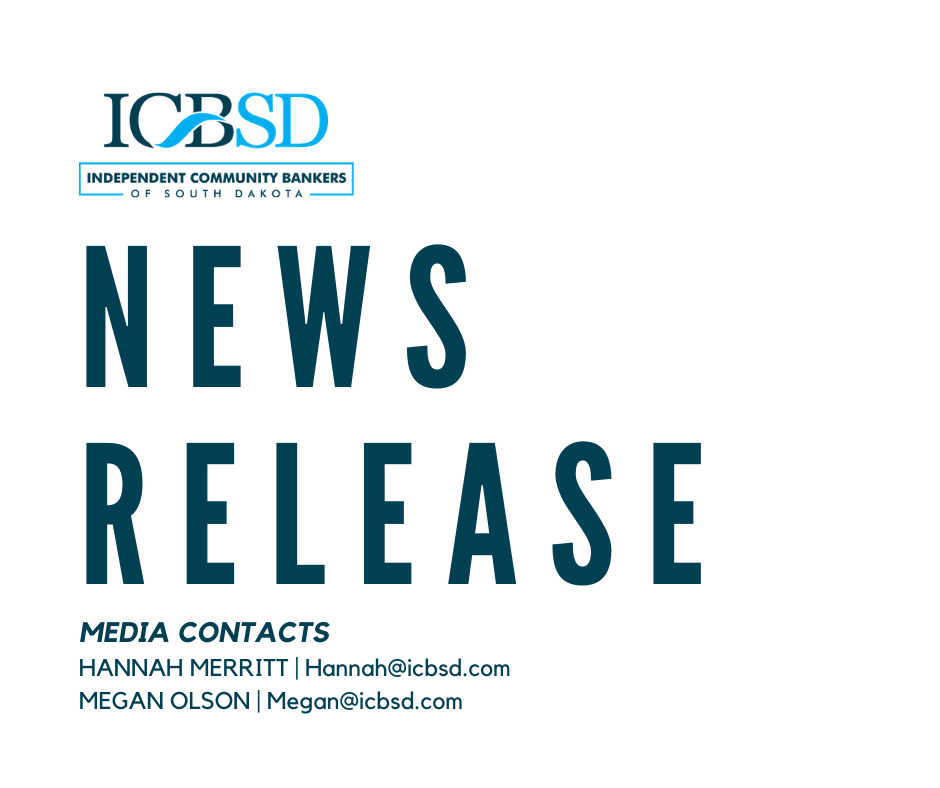 Additional Funds Dedicated for Community Banks in Round Two of PPP

WATERTOWN, S.D. (April 23, 2020) – The Independent Community Bankers of South Dakota (ICBSD), alongside the Independent Community Bankers of America (ICBA), announced today their efforts to advocate for an allocation of funds within round two of the Paycheck Protection Program specifically for locally owned, community banks have been successful. Congress approved the legislation which allocates at least $30 billion for institutions under $10 billion in assets and another $30 billion for those with between $10 billion and $50 billion in assets on April 23, 2020.

“These funds are sorely needed by small-businesses throughout South Dakota. Agriculture and small businesses are the economic engine of South Dakota. Locally owned, community banks play a critical role in supporting them and main streets throughout the state. The additional funds will ensure community bankers can get funds into the hands of their customers as quickly as possible so that jobs can be preserved, businesses can provide services to their customers, and the overall economic stability of South Dakota communities can remain prosperous,” said Megan Olson, ICBSD President and CEO.

To learn more about the Paycheck Protection Program, and to find an independent community bank near you, visit www.icbsd.com/find-a-community-bank/.

The Independent Community Bankers of South Dakota exclusively promotes and defends the common interests of independently owned and locally controlled South Dakota community banks whose services are vital to the preservation of economic diversity in rural America. Nearly 400 independent community bank branches are located in South Dakota, representing more than 1,000 communities across the state and employing over 20,000 state residents. For more information, visit www.icbsd.com.